When Jeff Lippiett started working for Kaymac in December 1991, little did he realise that he would still be here 30 years later.

Jeff started his commercial diving career overseas in Sri Lanka and then in West Africa. Married and with a young family, Jeff wanted to return back to the UK to work to avoid being away from home for months at a time. In between working abroad, Jeff would carry out work for his long-time friend and MD of Kaymac, Gareth Crees. So when a full-time position became available Jeff seized the opportunity.

Jeff started as a Diving Supervisor and was tasked with opening an office in Bristol and developing the business, with the main priority of securing work on the new Second Severn Crossing. Once that was accomplished Jeff became Operations Manager and the next major contract was the Cardiff Bay Barrage. Other significant projects over the years include the commissioning of the largest gas-fired power station in Europe, Pembroke Power Station. Jeff also managed to earn a 1st Class BSc Engineering degree while working full-time. Further promotion followed as Jeff was recently made Operations Director.

Jeff’s managerial responsibilities these days include overseeing the estimating/tendering process together with contract management including all aspects of a company’s contract negotiations, obligations, and implementation.

When asked about his career you realise how passionate Jeff still feels about his work, and says:

“I am extremely proud to say that in December 2021, I will have been with Kaymac Marine for 30 years. It has been great being involved in some of the most prestigious projects in the UK over this time including the Second Severn Crossing, the Cardiff Bay Barrage, and the London Gateway Project to name but a few.”

“I know that 30 years sounds like a long time, but I must say that I have thoroughly enjoyed being part of this specialist family run business and the three decades have absolutely flown by. I have no desire to retire any time soon and look forward to working with the excellent team at Kaymac in continuing to grow and develop the business.“

Instrumental in growing the business

Gareth Crees, MD of Kaymac, is keen to emphasise how important Jeff has been to the business and adds:

“Jeff has played a vital role in the business over the last 30 years, his experience and knowledge of this industry has been a driving force in the business growth, success and the development of many others in the company. Jeff is approachable and has a great sense of humour.”

“Jeff has played a vital role in the business over the last 30 years, his experience and knowledge of this industry has been a driving force in the business growth, success, and the development of many others in the company. Jeff is approachable and has a great sense of humor.”

Jeff is grateful for the opportunity that Gareth gave him all those years ago and is humble about his achievements, believing that none of it would have been possible without the support of his team. A team he takes great pride in and one where they all share the same philosophy of giving the best customer service on every project from inception through to completion.

Spending three decades with the same company would have been common place years ago but is a rarity these days. Such loyalty is admirable and speaks volumes for both Jeff as a person and Kaymac as a company. A harmonious relationship you might say and speaking of relationships, if it was a marriage then it would be a pearl anniversary, quite apt for a diver.

So much has happened since Jeff started his first shift with Kaymac in 1991. In the world of rugby,  Alan Davies was the Wales head coach at that time and the national team were playing at Cardiff Arms Park. Since then, there have been 14 other Wales coaches, the Five Nations tournament has become Six, and the national team had to move home to Wembley for two seasons. This stint at the home of football included an unforgettable victory against England before returning to Cardiff and the brand new Millennium Stadium, a project that Jeff and his team played an integral role with scour protection work in the River Taff.

Back in December 1991, Bohemian Rhapsody by Queen was number one in the charts and a pint of lager was £1.43. These were the days long before Netflix so people were flocking to the cinema to watch JFK, Father of the Bride, or Star Trek VI. There was no such thing as social media, smartphones were years away, and faxing was the 1991 equivalent to emailing.

The world has changed considerably in the past 30 years but there has been one constant, Jeff is still as enthusiastic about working for Kaymac today as he was when he started in 1991. And although retirement isn’t on the cards just yet, when Jeff does decide to spend more time with his family and on the golf course, his team have suggested that they may need to ‘wheel him in’ for one or two more jobs. 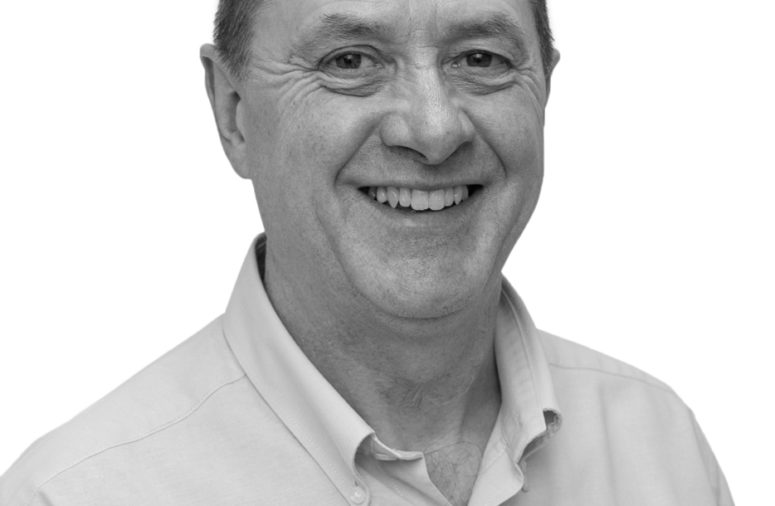