Kaymac was commissioned to install an eel friendly flap valve on an existing concrete headwall.

Before work could begin the gabion basket level around the outlet had to be reduced to accommodate the new flap valve. The basket was cut open and the stone was removed as required. The gabion basket was re-tied with wire after the valve has been fitted.

The existing steel blanking plate was removed and the headwall around the pipe cleaned to ensure a good surface to accept the new flap valve. The new flap was removed from the frame, which was offered up to the concrete block headwall. Holes were then marked and drilled and stainless steel mechanical anchors were installed to secure the frame. The flap was replaced and any gaps around the frame were filled using repair mortar.

Environmental protection measures were put in place in the form of hay bales to filter the impacts of silt travelling downstream. The project was completed successfully, on time and to budget. 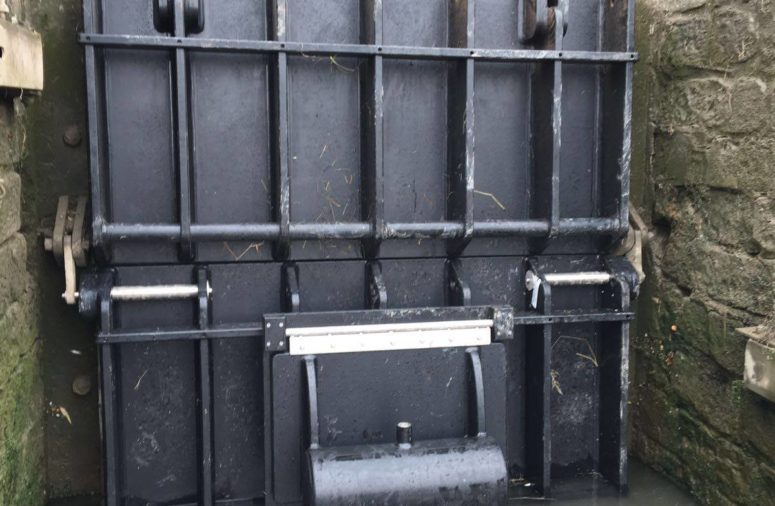