The Dipping Bridge is a 4 span masonry bridge which carries New Inn Road over the River Ignore. Following an underwater inspection of the Dipping Bridge in Merthyr Mawr it became clear that the east training wall on the downstream side of the structure was subject to severe undercutting, and required an emergency mass concrete repair.

Due to the works being carried out during the fisheries embargo for spawning and migration, the water had to be monitored throughout the duration of the repairs and works had to stop if there was any overburden of suspended silts within the watercourse outside of the silt curtain. If this was the case works could then resume when the river had cleared.

Shuttering was lowered into the water and assembled along the length of the undercut. The underpinning works was carried out in 4 individual lifts due to the height of the repair.

The void was measured to ascertain the volume of concrete required for each lift, a tube was positioned within the shutters and the void was filled until the required level reached. The shutter was checked regularly to ensure no leaks appeared during the pour and the concrete vibrated periodically to prevent any air pockets or honeycombing and to ensure that the concrete spreads into the entire void. The concrete was allowed to cure and the shutter stripped and the silt curtain will be removed on completion. The bridge was then strengthened, protected and safe for years of future use. 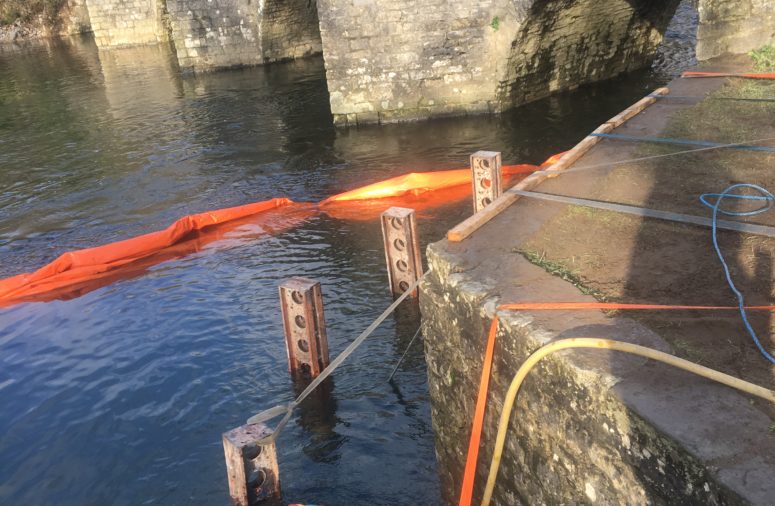