A 700m length of the outfall had become redundant following a break in the pipeline. During this time, the pipe had become filled with material from the beach, and sections of the cast iron had deteriorated especially around the spigot joints.

The material was removed from the pipe using a combination of HP jetting equipment and high volume/low pressure pumping equipment. Once the bore of the pipe was significantly cleaned, a CCTV survey was carried out to determine the extent of material remaining and the internal condition of the pipe.

The damaged sections of pipe were then cut out and removed. New ductile iron pipes with concrete lining were installed using custom Nova Siria couplings.

Piles were then driven 6m into the beach material using a vibro piling unit at the specified centres.  The piles acted as supports for the structure to resist the tidal effects.

A crosshead and strap assembly was fitted over the outfall and then welded into position. The Swan-Neck was removed from the discharge point to allow increased tidal flushing of the pipe, and a new grille was fitted in its place.

Time at the worksite was limited to a maximum of 3 hours over the low water periods, so two shifts were worked most days to complete the works in the available tidal window. 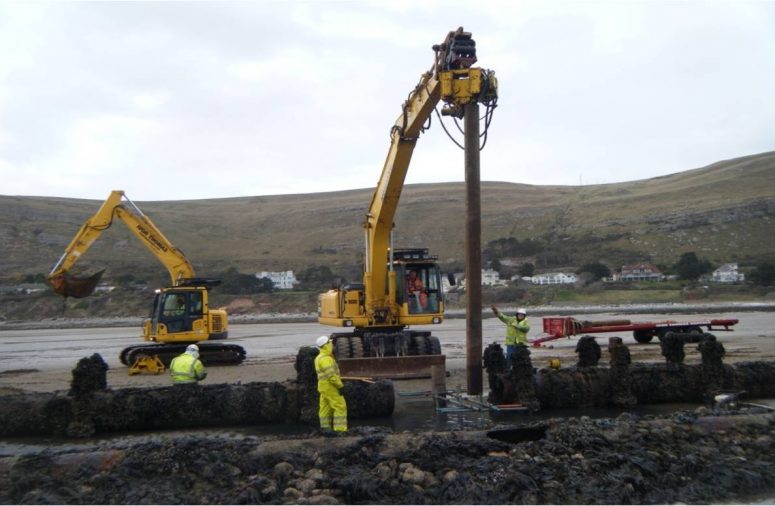