Flat Holm is an island lying in the Bristol Channel approximately 6 km from Lavernock Point in the Vale of Glamorgan. The island is less than half a mile wide and is the most southerly point of Wales. On the island there is just one Pub and a hostel. The island has a long history of occupation, dating at least from Anglo-Saxon and Viking age and is a popular tourist attraction.

The existing jetty on the island consisted of a concrete sub-structure in the form of piers, which are supported by a number of steel cylindrical piles that extended down to the underlying bed rock level.  The sub-structure supported a timber deck arrangement used at certain states of the tide to gain access onto the island via boat.  Through time, the length of the jetty structure had reduced through the off-shore extent of the jetty becoming damaged and demolished through natural causes.  There were 9 relatively stable concrete piers present, however, the timber decking elements were missing between some of the piers and as such, visitors were only able to visit the island when the tide levels where high and allowed the vessels to moor on the existing jetty. For tourism to continue safely on the island the existing jetty had to be demolished and a new jetty constructed.

Due to the access restrictions the civils team had to stay on the island for the duration on project. To transport the required plant and materials to site, we arranged for the use of a landing craft. The vessel mobilised at Cardiff Bay, mooring at the slipway, the required plant and material was then loaded into the vessel via a dumper and trailer.

Working with the tides the modification of Piers 1 and 2 were completed and piers 3 to 14 were demolished. Operatives erected formwork around the piles of Piers 4, 6 and 8 before placing concrete to the required design level. Then, the fabricated steelwork was installed followed by the GRP, recycled plastic rails and D Rubber to design specification. The project took 6 weeks to complete before being handed back to the client on program and to budget. 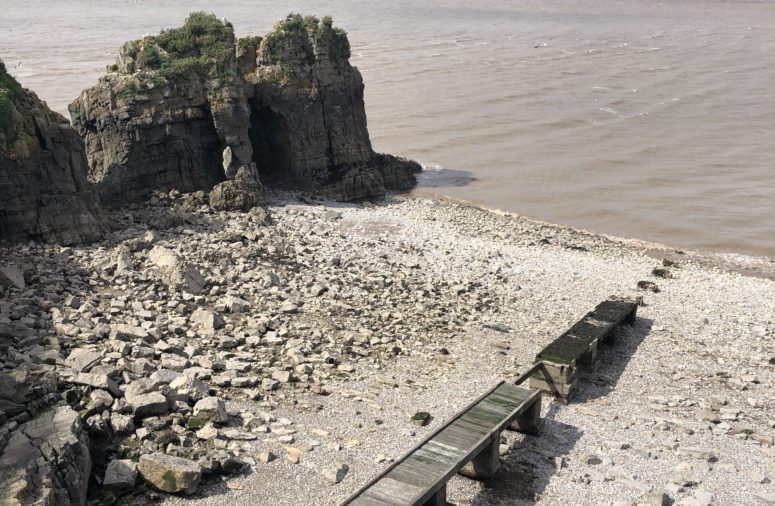